Celebrating Queer Youth, This and Every Month 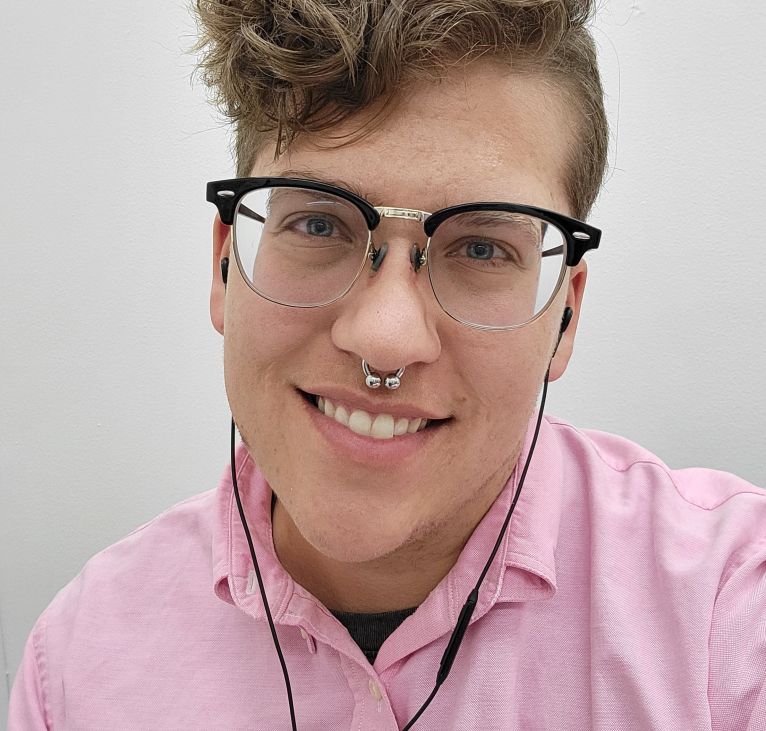 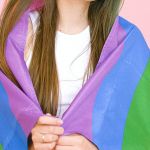 Supporting Queer Youth, This and Every Month

When talking about how to support the LGBT+ community, and LGBT+ youth in particular, it’s hard not to start with the bleak statistics: LGBT+ people experience homelessness at a rate of 17% compared to 6% of the general population. 40% of queer youth and more than 50% of transgender youth have seriously considered suicide in the last year. More than half of the queer population has hidden a same sex relationship to avoid discrimination. These statistics point to the homophobia and transphobia that still, in 2022, run rampant in our society. They point to the issues we need to laser in on and solve: accessibility of mental health supports, emergency housing, education around transness.

These statistics were at the forefront of my mind when I started a LGBT One Circle group at my local middle school last semester. As a gay trans man, working with queer youth and helping to protect them from the discrimination and hate my friends and I have experienced is my passion. Going into this group I wanted so badly to let these kids know that they are loved and valid, no matter what the world may throw at them.

I came in on the first day of group and introduced the seven steps of One Circle. We created group agreements (my favorite: “No being straight.”) and discussed possible open and closing rituals (gay music to start, gay music to end). As with any group, I spent the first day getting to know the kids and the issues on their minds. I asked them if they had experienced discrimination at school, if their families were supportive of their identities, how they felt about the anti-LGBT laws being passed in various states.

Eight kids stared back at me in silence.

Assuming they were quiet because we were all still getting to know each other, I led them in a warm-up activity that uses the lyrics of Lady Gaga’s “Born This Way” to encourage the youth to think of things they like about themselves. The kids politely took the handouts I gave them and listened while I gave them instructions for the activity. When it came time to share with the group, almost every youth had either left their sheets blank or written “I’m gay” for everything they liked about themselves.

I pushed through. I asked them to identify role models in their lives or in the media. A few quiet answers about a lesbian aunt, a trans neighbor. And then: “Do you know the Gay Science guy on TikTok?”

No, I didn’t. But I soon learned. And for the rest of our activity time we shared all of our favorite gay things: Heartstopper on Netflix, a YouTuber, multiple anime series. Had I ever listened to JoJo Siwa’s "Boomerang"? Did I know that iced coffee is gay? Suddenly the youth were looking back at me with smiles and bright eyes where before there had been blank stares. I told them how cool it was to hear them talk about their passions and would they want to bring slideshow presentations next week about one of their favorite subjects? YAS!

The second week, I learned about dinosaurs from one youth, about a video game from another (the name of which my “old man” brain has chosen not to remember). One youth’s presentation was three slides on why everyone should be aro/ace (1. We have cake, 2. It’s less dramatic, 3.The End). Each kid who presented stood at the front of the room with a nervous but persistent smile on their face, talking quietly at first and then louder as their enthusiasm built. After every presentation, the group clapped and cheered and asked follow-up questions.

It was then that I understood that this, this, was the antidote to the statistics at the forefront of my mind: queer joy. Unadulterated, unquestioned and in full view. A room full of LGBT+ folks who felt no need to apologize for who they were. Queer kids looking to a queer adult, who reflected their enthusiasm right back to them. I put away my carefully planned exercises on combating homophobia and transphobia in school, on confronting your unsupportive relatives, on writing to your senators. One of the things I love best about One Circle is that the curriculum is adaptive and takes the needs of the group into account. That day, I realized what these kids needed more than my curriculum was a place to simply be. A character drawing of Glance, by a group participant.

We spent the rest of our 8-week group creating an epic, involved story about a gay girl named Marie who moves to Tasmania and stumbles upon a network of Gays who are planning to turn the whole country queer through the power of banana flavored Laffy Taffy (Gays are the only ones with the fortitude to stomach it). In the story, the Gays have a headquarters where no straights are allowed and TERF’s (Tran- Exclusionary Radical Feminists) are sent to a shed in the backyard to think about what they did. The story featured nonbinary kings and queens, copious amounts of iced coffee, and a Straight Gun that turned gay people straight.

The kids came to group every week bursting at the seams with new ideas for the story. We spent one group drawing illustrations of the characters and buildings in great detail. And what became more and more clear each week was that what these kids wanted more than anything was a place that is just their own. A place where they weren’t the minority, the kids to be picked on or gawked at, but the norm. A place where their transphobic family members couldn’t reach them, where bullies could be sent to a dungeon via a trapdoor in the floor.

When we parted ways at the end of our last group, I told my kids how much I had enjoyed getting to know them over the last eight weeks, and my heart swelled when they told me the same. As they filed out of the room, I told them to remember that they are valid and valuable, no matter what others might tell them. In my mind, I hoped with all my might that our time together had given them a small light to carry into a world that would not always be kind to them.

This month and every month, we can’t ignore the statistics about the queer community that point to all the struggles we still face. The truth is that there is still so much to be done to keep LGBT+ kids safe, particularly youth who are also Black and/or Latinx. But the opposite of violence isn’t lack of violence; it’s joy. When we give LGBT+ youth a place to celebrate and revel in who they are, we add a link to their armor. When we give them permission to lay down the struggle and pick up their happiness, we remind them that their light is brighter than the darkness.

Happy Pride Month. You shine brighter than the sun.

This blog was originally written for and published on One Circle Foundation's virtual blog. See original post here: https://onecirclefoundation.org/blog/unity-circle/supporting-queer-youth.html